DUBturbo has announced the release of DrumTROOP, a free drum machine instrument for Windows and Mac. 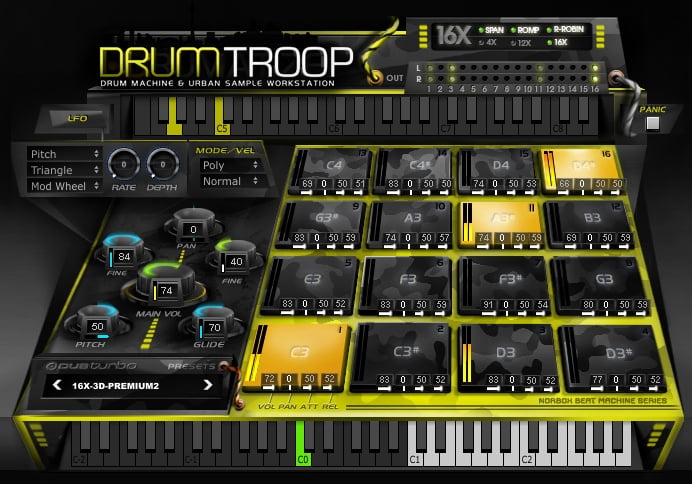 DrumTROOP is a great alternative to constantly creating kits from scratch or messing around with bloated on board functions in most drum vst’s. We made everything simple, your DAW takes care of treatments/fx per pad, and we utilize all 128 triggers for every kit vs just the 16 main sounds.

DrumTROOP is available as a free download for Windows and Mac (VST/AU). Expansion packs are available starting at $19.99 USD.