eaReckon has announced a Group Buy for its EAReverb effect plug-in. 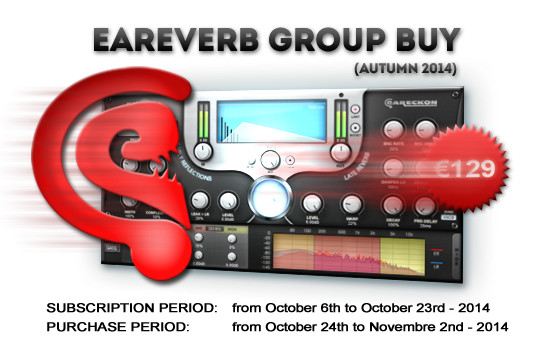 EAReverb is an algorithmic reverb available as a 32/64bit plugin for Mac (VST/AU) and PC (VST).

This reverb is unanimously considered as one of the most natural sounding reverb by users and reviewers.
Computer Music magazine has recently mentioned it as one of “four of the best algorithmic reverb plugins” (CM206-August 2014-p.36).

The group buy subscription period ends October 23th, 2014, after which the plug-in can be purchased at the final price until November 2nd, 2014.