Also new is the companion product Hollywood Orchestrator, a time-saving tool for composers of every skill level who want to achieve that blockbuster sound in seconds. 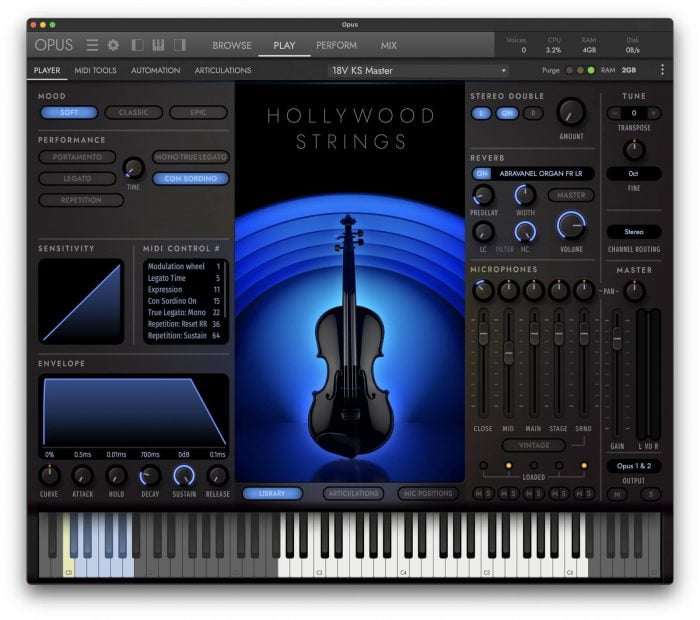 With over 500 customizable presets, Hollywood Orchestrator allows you to instantly create music in the style of Hollywood’s greatest composers. Select from Ensemble presets to quickly create rich orchestral arrangements. With Ostinato presets, you can build rhythmic tension in different meters or create moving melodic lines by only changing a few notes. With Score, classic Hollywood orchestrations become an endless source of inspiration. Create your own User presets by modifying existing presets or by building your own ensembles from scratch. Hollywood Orchestrator uses all the instruments in Hollywood Orchestra Opus Edition to create realtime arrangements based on the MIDI input with EastWest’s innovative Scoring Engine.