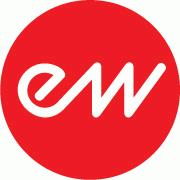 EastWest has announced the release of Silver Editions of its Hollywood Strings and Hollywood Brass virtual instruments for Windows and Mac.

The price for these editions is $199 each, which is an incredible bargain given the critical acclaim this series has received, and the fact the Gold and Diamond versions are in wide use by top composers. The Silver editions allow students and those who are on a tight budget or use average computers to work with sound quality and detail only known from movies and professional recordings.

Hollywood Strings is the most detailed string orchestra library available today. Recorded with a live orchestra at the famous EASTWEST STUDIO 1, the same studio where many Hollywood soundtracks and television themes were produced, Hollywood Strings offers unprecedented control over sound and performance. This collection of virtual sounds made by co-producers Doug Rogers, Nick Phoenix, Thomas Bergersen and Emmy Award winning sound engineer Shawn Murphy is a must have compositional tool for serious composers.

Hollywood Brass, also recorded at EASTWEST STUDIO 1 and the second installment in the Hollywood series, is the most powerful, realistic and extensive brass library ever created. Revolutionary fanfare patches are light on computer resources, but offer the most playable and instantly gratifying results on just one midi channel. Especially noteworthy are the articulations which really show how far EASTWEST went to create the ultimate orchestral brass library. Just like the Gold and Diamond editions, Hollywood Brass Silver contains pure Hollywood magic.

The Silver editions allow all musicians to experience superb samples and work on the same level as top professionals. They are a great opportunity to get one’s feet wet before moving on to the larger Gold and Diamond editions to which customers can easily upgrade for the difference in cost and a small upgrade fee of $50 (€40).