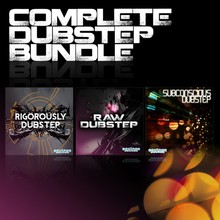 Equinox Sounds has announced the Complete Dubstep Bundle, a collection of 3 sample packs for Dubstep, Dub Tech and Grime producers.

The Complete Dubstep Bundle is available to purchase for $29.95 USD.