Erica Synths has announced that its Fusion VCA / Waveshaper / Ringmodulator is now available to customers around the world. 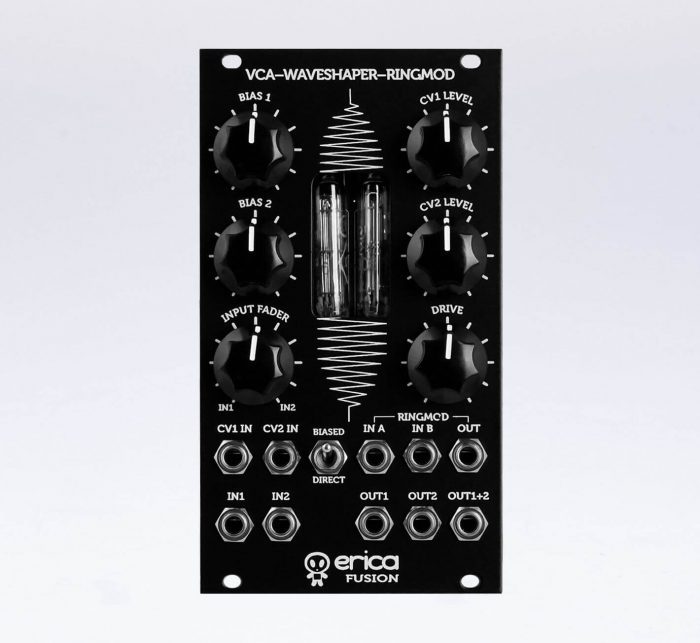 The Fusion VCA / Waveshaper / Ringmodulator is not a regular VCA (though it can operate as one), but most of the power of the module lies in its ability to perform advanced modulations.

By having two CVs applied simultaneously to different stages of the VCA, the use of audio rate modulations — using ringmodulator as a waveshaper — means that the only limit to your sound shaping abilities is your own imagination!