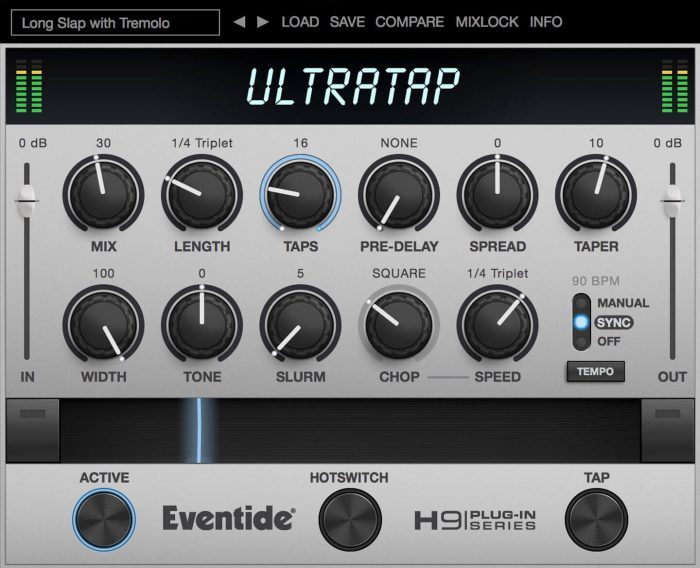 Think of UltraTap as the mother of all Echoplexes and you won’t be too far off. That’s basically how it operates but with the flexibility to add as many ‘tape-heads’ as you want and expressively control their positions and levels.

Designed for real-time manipulation, UltraTap features The Ribbon, an innovative control which allows you to program two settings for any combination of the controls and seamlessly transition between them.

The programmable HotSwitch allows you to instantly jump to an alternate setting at the push of a button. This combination of controls is intended to bring you as close as possible to the experience of tweaking real hardware.

UltraTap for Windows and Mac (VST/AU/AAX) is available from Plugin Boutique for the intro price of 49 EUR until September 6th, 2017.

SampleTekk MkII Pianos for Kontakt 60% off