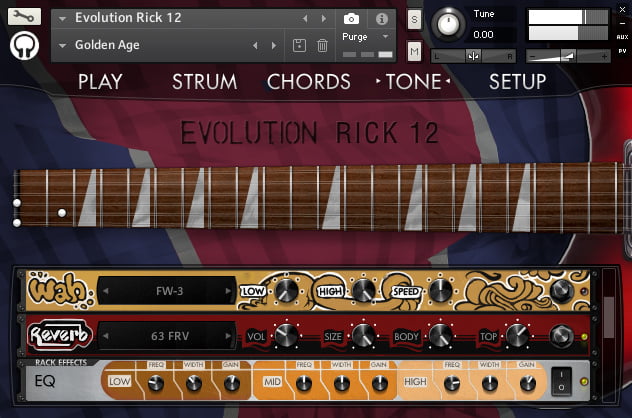 Evolution Rick 12 was developed in collaboration with Rosewood Recording Company in Utah. Guy Randle, the owner and recording engineer at Rosewood Recording Company, incorporated analog audio equipment to emphasize and accentuate the vintage tonal qualities of the 12-string guitar. The library includes both an as-is direct input signal from the guitar as well as an enhanced signal.

For the sampling session, he brought guitarist Michael Dowdle. Michael Dowdle’s session guitar work includes recording for artists such as Marie Osmond, The Osmond Brothers, John Schneider, David Archuleta, and The Jets as well performing on numerous movie and TV scores. He has also played on stage with artists like Brian Wilson of the Beach Boys, The Coasters, Sam Cardon, and countless others.