Expert Sleepers has announced USAMO, a hardware device that generates a sample-accurate, jitter-free MIDI output from an audio input. 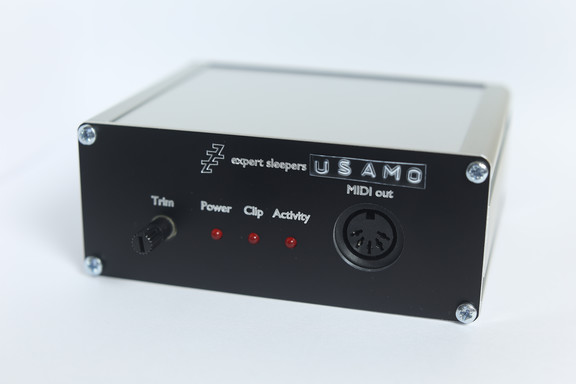 The audio signal is generated by the USAMO software, a plug-in which runs as a virtual instrument (AU/VST/AAX, Mac & Windows) in your DAW. The DAW sends MIDI to the plug-in; the plug-in translates that to audio and sends it to the USAMO hardware, via an output on your computer’s audio interface. The USAMO then reconstructs the MIDI and outputs it on a standard 5 pin DIN MIDI socket.

Because the MIDI signals are generated and transported as audio, they are guaranteed to be sample-accurately synced with your audio, and free of the jitter often associated with computer-generated MIDI.

The USAMO will launch at NAMM in January 2015.

Tru-Urban launches December Sale: Buy One, Get One Free