Focusrite has announced RedNet D16 AES, a 1U 19in rack-mount interface featuring 16 channels of AES/EBU connectivity to and from a Dante audio network, with Ethernet redundancy for maximum network reliability.

Perfect for bridging between digital consoles, power amplifiers or any other AES3 equipped audio equipment and a Dante network, RedNet D16 AES has a Sample Rate Convertor (SRC) on each input pair allowing instant operation with any AES3 source. Word Clock and Digital Audio Reference Signal (DARS) connections provides synchronisation with a wide range of hardware, while S/PDIF I/O allows the integration of equipment such as CD or solid state recorders/players.

The two network connectors on the rear of the unit allow two modes of operation. They can be used either as a primary/redundant network interface, allowing seamless switchover in the case of network failure, or as a daisy-chain port allowing the connection of multiple units.

All the clocking and input/output options of RedNet D16 AES are remotely-controlled by the RedNet Control software application for Mac and PC.

Focusrite RedNet will be discussing and demonstrating the full range of RedNet products at the AV Networking World event, taking place 4th February at the Amsterdam Holiday Inn during ISE.

Loopmasters releases Voices From The Edge by Terry Grant 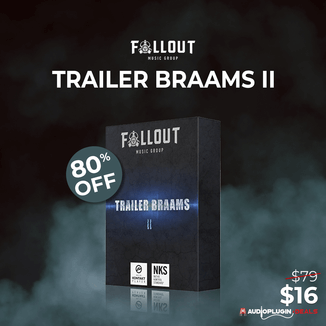