Richard Devine has released Field Recordings of the Mysterious Ringing Rocks/Montana, a free piece of music and the recordings of rocks it was made with. 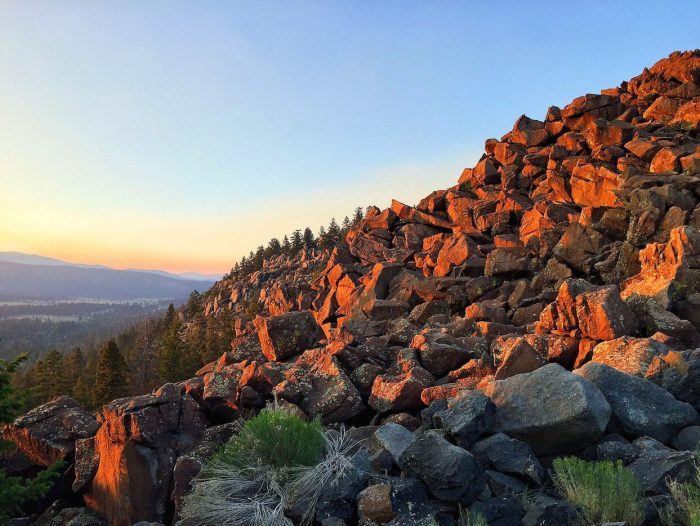 Field Recordings of the Mysterious Ringing Rocks/Montana, music made with rocks. Near Butte Montana, and part of the edge of the Boulder Batholith, is a large jumbled pile of boulders, the rocks in this unique geologic formation chime melodically when tapped lightly with a crescent wrench or mallet.

It is believed that the ringing is a combination of the composition of the rock and the way the joining patterns have developed as the rocks have eroded away, though ultimately a concrete scientific explanation has yet to be arrived at. Curiously, if a boulder is removed from the pile, it no longer rings.

Slightly different pitches and timbres emanate from thousands of rocks in the formation, and in theory Butte’s Ringing Rocks could form the basic ostinato for the “Music of the Spheres.”(Musica Universalis)

The recording is available for download from SoundCloud, and there’s also a Kontakt kit.