Heart of Noise has announced the release of GalaXynth, a workstation synthesizer instrument for Windows and Mac.

Using “Auditory Synthesis”, based on how human hearing works, it can create a huge variety of acoustic and synthetic sounds, while still maintaining the tweakability of traditional synths. 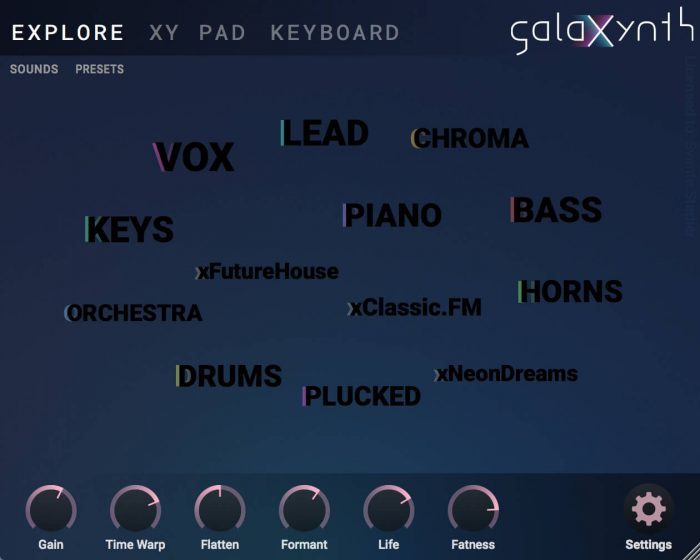 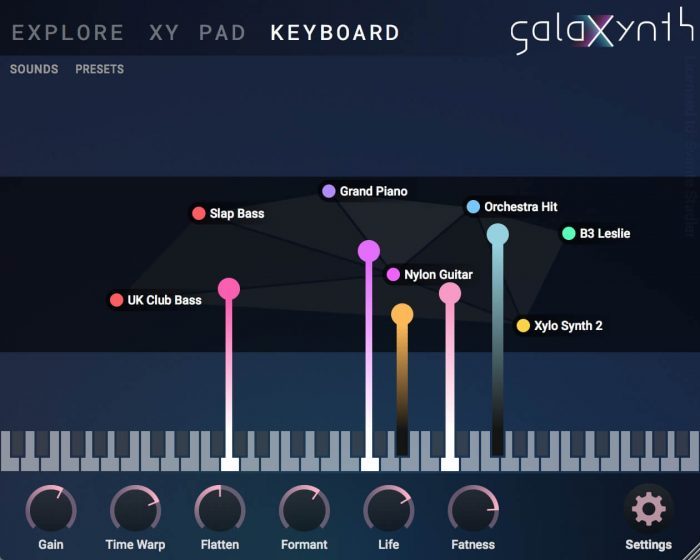 GalaXynth has one of the most advanced synthesis engines ever conceived, but you wouldn’t know it from looking at the interface. The hundreds of parameters involved in shaping its sound are hidden from the user. Why? Because Heart of Noise believes that music creation shouldn’t be about tweaking knobs for hours on end, searching for the perfect sound. Instead, sounds are discovered by moving through “constellations” of sounds, laid out across the night sky. Each “star” is a preset sound, meticulously designed by the synth’s creator. These sounds are then morphed into a continuous 2D surface where previously unheard concoctions of sounds can be discovered. Since this is pure synthesis, it’s all done in real time with no latency, no loading times and no samples.

“I couldn’t find any instrument that did what I wanted, so I made one,” says Svantana, the mad-scientist-slash-mediocre-musician behind GalaXynth. “It took three years, but now it’s the only thing I use. No other instrument can match its combination of versatility, tweakability and ease-of-use.”

So why doesn’t it sound like any other synth? It’s “Auditory Synthesis” is based on a reverse engineering of human hearing. Similar to how your mp3 encoder is able to discard the information in an audio file that you can’t hear, GalaXynth only synthesizes the audible parts of sounds. This allows it to synthesize sounds as diverse as drum kits, strings, pianos, mallets and more with astonishing fidelity. And when the 100+ preset sounds don’t quite cut it, there’s an ever expanding library of soundbanks available.

GalaXynth (VST/AU) is available for purchase for $99 USD + VAT. A fully-featured demo can be downloaded at Heart of Noise.