IK Multimedia has announced the launch of a Fill Your ‘Tank Promotion, offering a free copy of SampleTank 4 with a purchase of select MIDI controllers. 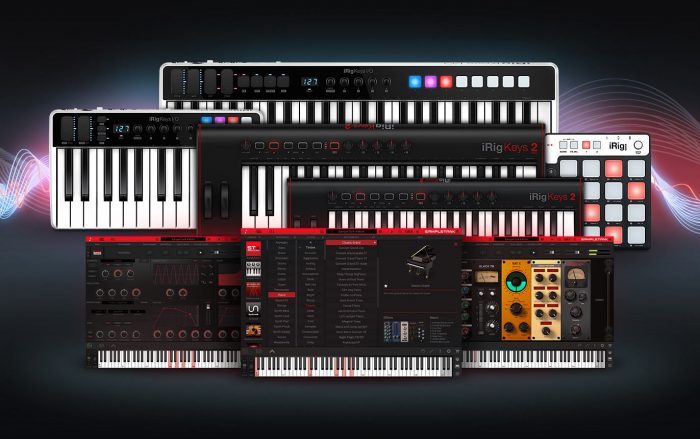 If you’re after a total music production system in a controller, grab iRig Keys I/O 25 or iRig Keys I/O 49 which both also include a built-in audio interface and more great features!

You’ll get the acclaimed “go to” workstation SampleTank 4 with over 100 GB of samples and 6,000 sounds – just what you’ll need for your music production projects.

The iRig Keys I/O series evolves the concept of traditional controllers with integrated 25 or 49 full sized keys together with a fully-fledged audio interface featuring 24-bit audio up to 96kHz sampling rate, balanced stereo and headphone outputs, plus a combo input jack for line, instrument or mic input (with Phantom power.)

Need a compact MIDI controller with audio output for compatibility with the latest iOS devices without headphone jack? Look no further than iRig Keys 2 and iRig Keys 2 Pro.

Get true portability and compatibility with iPhone, iPad, Android, and Mac/PC with these great MIDI controllers

If you need to make beats on the go, iRig Pads is for you. iRig Pads is a full-featured ultra-portable 16-pad MIDI groove controller for iPhone, iPad and iPod touch as well as Mac and PC.

An extremely versatile system, it lets you make beats, launch loops, mix like a DJ and a whole lot more no matter whether you’re on stage, in the studio or anywhere between. It’s the ultimate travel companion for the mobile electronic music producer on the go.

Purchase and register any of these select IK MIDI controllers and you’ll get SampleTank 4 for free. The offer is valid through March 31st, 2020.

Waves Audio Extraordinary Sale: Get instant savings of up to $50 USD

Extended: Save $100 USD on Sample Logic’s Motion Keys for Kontakt