Audio Plugin Deals is offering the Waldorf Edition 2 LE bundle of plugins for free for the next two weeks. 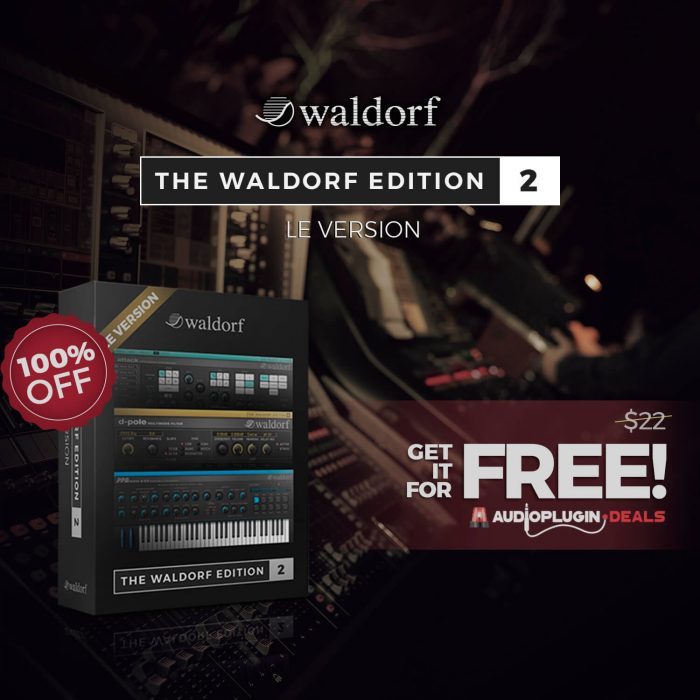 ATTACK is a percussion synthesizer powered by an almighty analogue synth sound generator. It transports the trademark sounds of classic Eighties analogue drum machines and the progressive electronic club beats of the Nineties onwards and upwards into truly 21st Century production environments.

PPG WAVE 2.V is a virtual reincarnation of its namesake cult classic, coming to prominence with the trailblazing PPG Wave series starting back in 1982. First resurrected in 1989 with the Waldorf Microwave, today it enjoys a new lease of life in virtual studios on Mac and PC computers. Classic wavetable synthesis is known for conjuring up the feisty analogue and digital hybrid sounds that have graced so many hit records over so many decades.

Regularly $22 USD, you can download the bundle at no charge until March 10th, 2020. The plugins comes in VST/VST3, AU and AAX formats for Windows and Mac.