Gospel Musicians has announced the release of Neo-Soul Keys Studio, the newest iteration of its legendary Neo-Soul Keys versions. 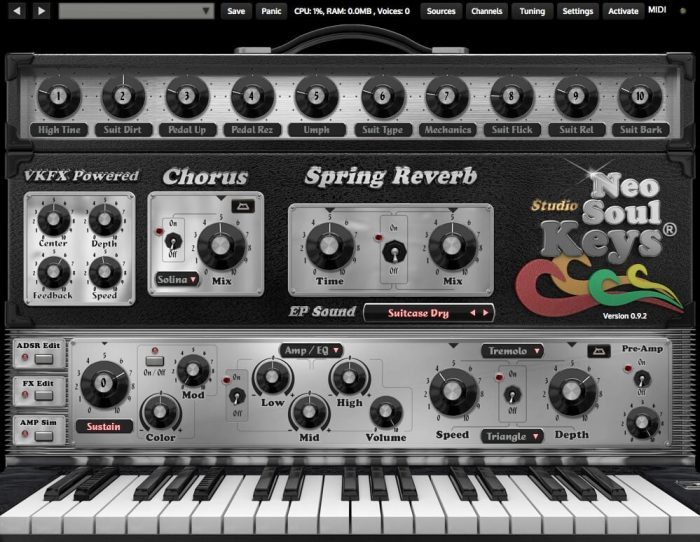 It is a standalone sample library plugin (VST/AU/AAX/Standalone) and features a brand new sample engine using the highest DFD streaming algorithms. It also contains all of Overloud’s VKFX keyboard FX suite built in. These amazing effects are also included as a separate FX rack plugin that can be used in your DAW to process audio. So essentially, Neo-Soul Keys Studio is two products in one (Effect Rack and Sounds).

The thing that has made Neo-Soul Keys so successful is our painstaking attention to the mechanical parts of the electric piano, which we feel, adds to the character and authenticity of an electromechanical piano. Here is why the legendary George Duke says that he used our electric pianos live:
“I also incorporated one called [Gospel Musicians] Neo-Soul Suitcase, because that has a little more grit and meat on it for certain types of sounds. There’s another that’s pretty smooth, and it’s also a Scarbee thing but it’s toned down; it doesn’t have a lot of attack. As a matter a fact, I’m using that sound on “Brazilian Love Affair.” When I go into playing more funk, I might use Neo-Soul Keys, which has a lot of attack….” (Keyboard Magazine, Aug. 2013)”