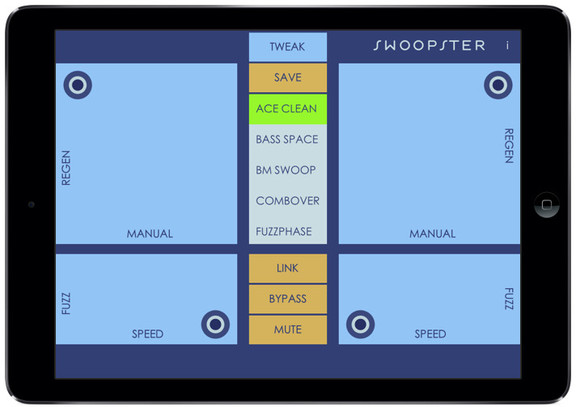 Designed for use with the Audiobus app, Swoopster is great for processing synths, drum machines and hundreds of other Audiobus compatible apps such as Figure, Sound Prism Pro, Animoog, Loopy and more.

Swoopster also works as an Inter-app Audio effect inside hosts such as AudioShare, Auria, Cubasis and Apple’s own Garageband.

Swoopster for iPad is available to purchase for the introductory price of $2.99 USD.