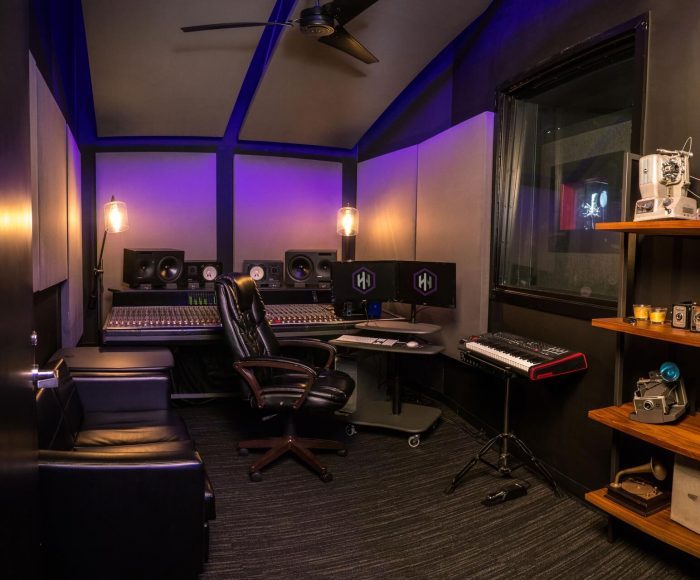 The new 500 square foot studio is centered on Benjamin Wright’s famous TAC Matchless 32-channel analog mixing board through which many multi-platinum and Grammy Award winning artists were recorded, including Aretha Franklin, Destiny’s Child, Outkast, Justin Timberlake and many more.

“Producers and engineers freelancing out of Hybrid Studios needed a more economic option for projects that don’t demand the large rooms in Studio A,” said Studio Manager Mike Miller. “Studio B is built with the same world-class quality as our main rooms, and our clients are thrilled with the results!”

While small in size, Hybrid went big on design and equipment for Studio B. The room was built for isolation, sporting double walls with an air gap, and features the same patented DHDI acoustic wall panels as Studio A. A host of top-shelf equipment including Avid Pro Tools, processing from API, Neve, Slate Digital, Waves, FX Nexus, and Soundtoys, monitors from Genelec and Yamaha, and mics from AEA, AKG, Neumann and Peluso round out the room.