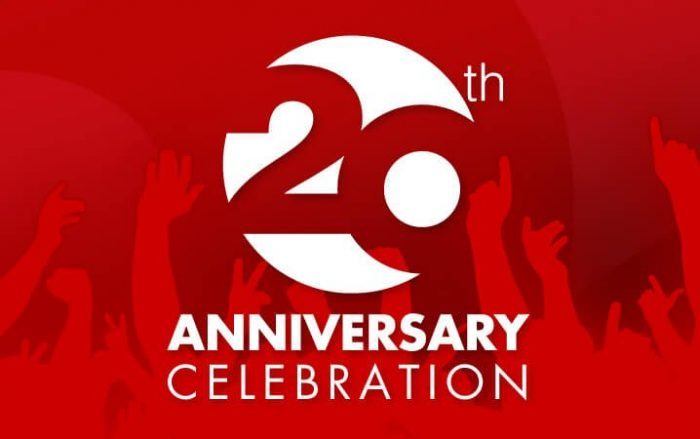 K Multimedia is turning 20 this March — and you better believe that we’re going to celebrate our 20th anniversary in an appropriately big way! For the entire month we’re giving you a ton of different ways to save big on popular IK apps, software and hardware. From the very beginning, all registered users (or new users who register a product through March 31) will receive 20 JamPoints and 20 Custom Shop Gear Credits to use towards the purchase of their choice.

We’re also running a contest for the entire month of March where 20 lucky winners will win from a collection of prizes worth $20,000! Want to participate? All you need to do is enter your contact information and you’ll be eligible to win some of that sweet, sweet anniversary swag.