Each Shreddage 3 guitar is available now for KONTAKT PLAYER with full NKS compatibility at the list price of $149 USD, while Shreddage 3 Abyss is priced at $99 USD.

These five virtual instruments are complete upgrades from previous Impact Soundworks releases, taking existing sample libraries and re-programming them for the powerful S3 Engine with a wide variety of improvements and new content. 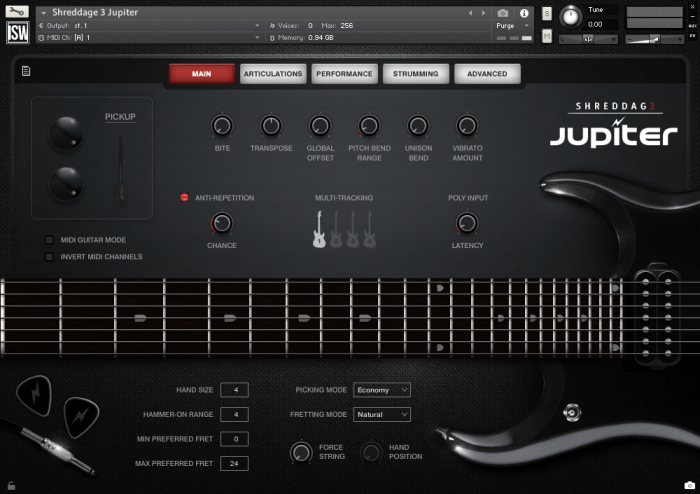 Impact Soundworks’ most popular electric guitar, a super-heavy 7-string sound drop tuned to A and ideal for heavy rock and metal. This has the darkest, richest, and chunkiest tone of any S3 guitar. 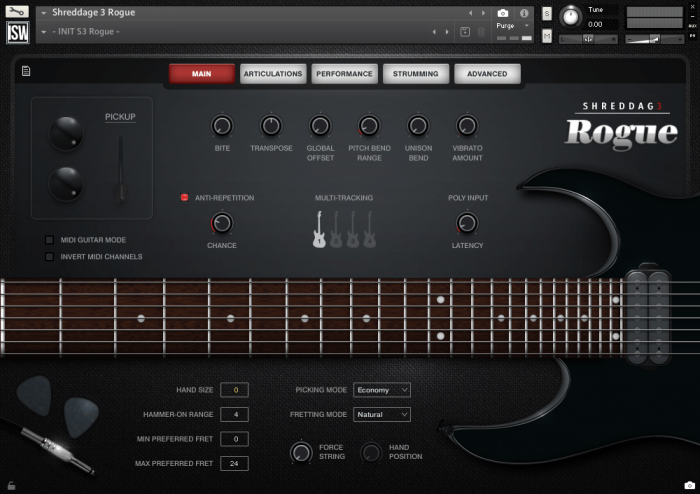 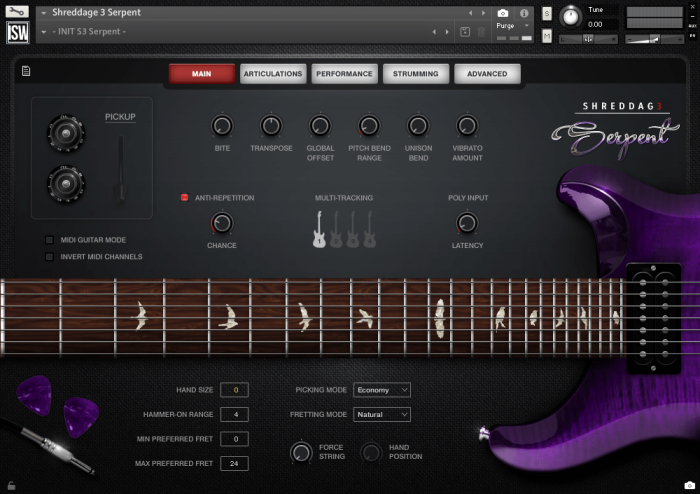 Performed and recorded by YouTube superstar Jules Conroy (FamilyJules7x), this instrument features an all-American 7-string electric guitar with a balanced and versatile timbre that is flexible enough for many genres. This 6-string fingered electric bass offers a massive four and a half octave range with a pure, deep tone recorded through a high-end analog DI box. 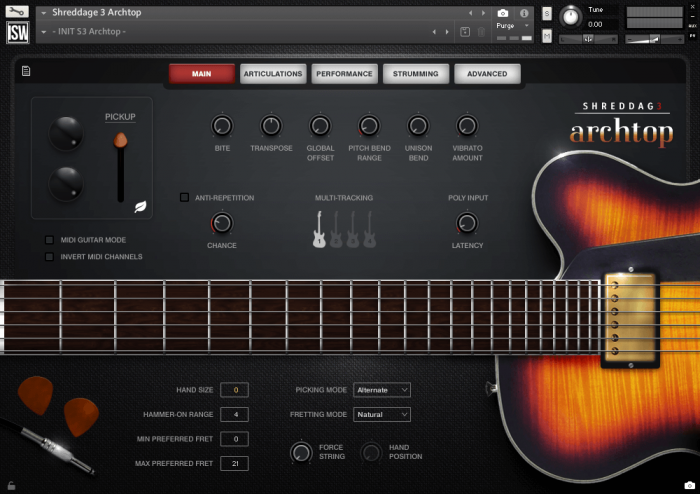 Each guitar is recorded clean for maximum flexibility in tone, and with the new built-in Console tab, users can mix and match between 30 different effects (pedals, amps, cabs, and more) plus 30+ custom cabinet IRs, all without using a single external plugin.

“After the success of the first Shreddage 3 release Stratus last year, we’re extremely excited to be bringing five of our most popular existing instruments to this new platform,” said lead developer Andrew Aversa.

“Every aspect of the instruments has been improved, from mapping and performance to editing. We even recorded new samples for instruments like Shreddage 3 Archtop to make it more versatile than ever.”

All Shreddage 3 instruments come with a set of custom tone presets to provide instant inspiration. These Kontakt snapshots range from ambient clean tones to hi-gain, heavy metal sounds, and all can be easily tweaked, copied, and shared with other S3 users. With Console, it’s even possible to save specific FX or pedal chains in one instrument and load it in a different Console-compatible instrument altogether.

Each Shreddage 3 instrument is available for the list price of $149 USD, and all are fully NKS and Kontakt Player compatible. Owners of the previous versions of these libraries can upgrade for just $20 USD each.