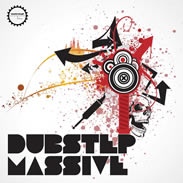 It’s time for the Brooklyn sound collective to get dark and dirty with a hot source of fresh loops and patches for any modern Dubstep producer. Dubstep Massive features Bot Audio Loops and NI Massive Presets — it’s like having two packs in one.

With a mind-blowing set of 90 hard-hitting NI Massive patches, you’ll get Womps, Risers, Sub Drops, Chainsaws, Wobbles, Wubs and Talking bass sounds. We even included a handful of string and pad patches for Logic ES2 – Just listen for em in the Patch Demo!

Dubstep Massive is available to purchase for £23.95 GBP. The Massive patches are also sold separately for £14.95 GBP.