Initial Audio has released version 1.3.4 of the Sektor wavetable synthesizer instrument for Windows and Mac.

The update comes with various improvements and fixes.

Sektor is a polyphonic wavetable synth plugin with a highly intuitive user interface and a lot of customization features. Sektor was built to use a low amount of system resources while having a massive high quality sound.

Sektor (VST/AU) is currently on sale for $49 USD at Initial Audio and distributor Plugin Boutique (65% off regular). 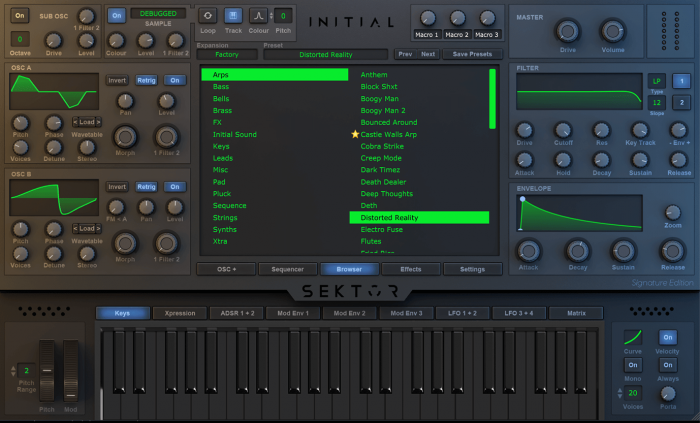 Get 69% OFF Celestia virtual instrument by Impact Soundworks, on sale for 39 EUR