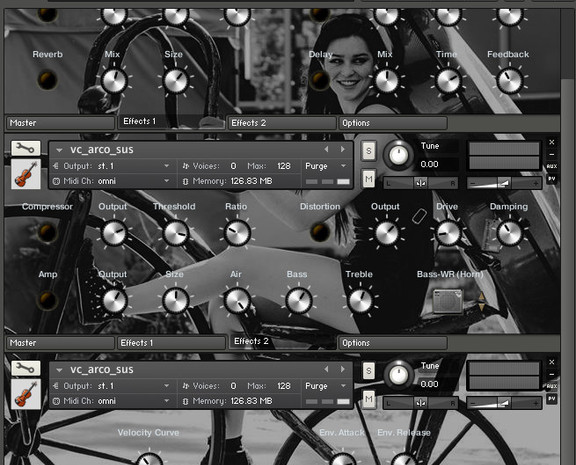 This collaborative release by Karoryfer Lecolds and bigcat instruments is a simple cello sample library which is intended to be flexible and easy to use. The recordings are close-miked, recorded without vibrato, and completely unprocessed, so there’s no pre-baked reverb, compression or EQ. You can shape the sound in whatever way you need to make it work in your mix, which makes this cello especially suited to pop, rock or EDM tracks rather than classical music.

The cellist had just received her master’s degree in cello performance a few days before these samples were recorded, and in addition to interning with an orchestra she regularly performs with a pop/rock string quartet. In her spare time, she enjoys pretending to ride sculptures of penny farthing bicycles (or so it seems from the Kontakt wallpaper).

All notes are sampled every minor third. There are also bonus harmonics slides and percussive noises mapped to the keys above the notes.