Kazrog has announced the release of an updated version of its mastering clipper and track saturator effect plugin for Windows and Mac. 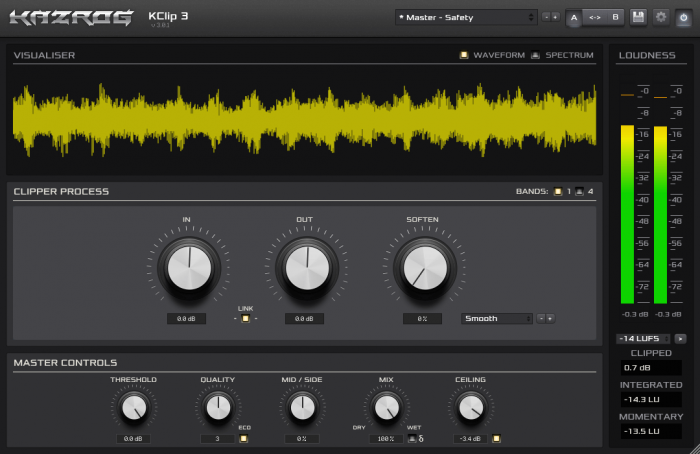 KClip 3 is a modern clipper and track saturator with multiband parallel processing functionality functionality and loudness metering. Every effort has been made to make the interface as simple as possible, so you can focus on making music.

KClip 3 for Windows and Mac (VST/AU/AAX) costs $99.99 USD. Users of previous versions of KClip or Complete Collection 1 can upgrade at a discount of up to 70% off. 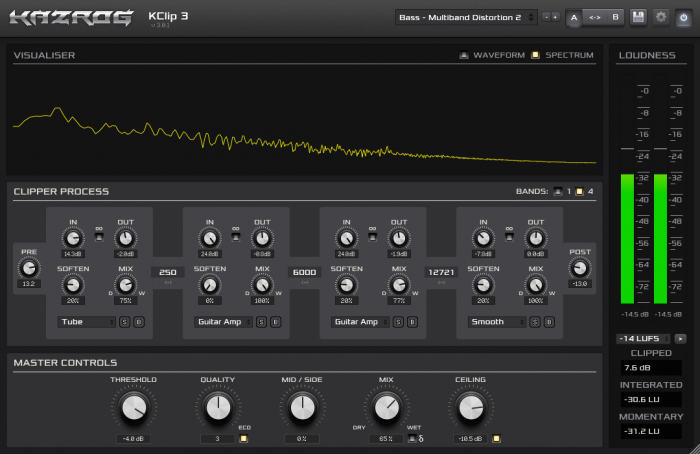