Korg has announced the release of the SDD-3000 Pedal, a digital delay unit. 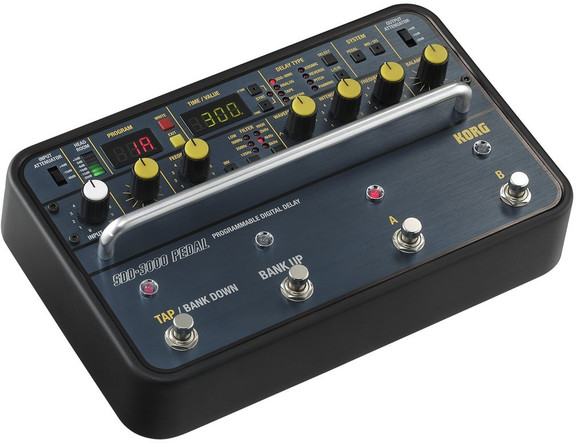 The rack-mounted SDD-3000 which appeared in 1982 was a classic digital delay that dominated the world thanks to its peerless sonic character. The classic delay effect that’s central to the guitar sounds in world-class rock bands owe a great deal to the SDD-3000, which has been the driving force behind numerous famous songs over the years.

The SDD-3000 PEDAL packs all of the SDD-3000’s functionality into a convenient pedal unit. Featuring a pre-amp with ample headroom, a filter circuit that modifies the feedback sound, and modulation waveforms that allow a diverse array of delay effects, it covers all of the SDD-3000’s important elements. In addition to specifications that will satisfy SDD-3000 users, it provides many new functions such as eight delay types, long delay times up to 4,000 milliseconds, selectable modulation waveforms, stereo input/output, and MIDI compatibility. The user interface has also been updated for dramatically improved ease of use.