Kush Audio has announced the launch of its 4th of July Summer Sale, offering discounts of up to 50% off on plugins. 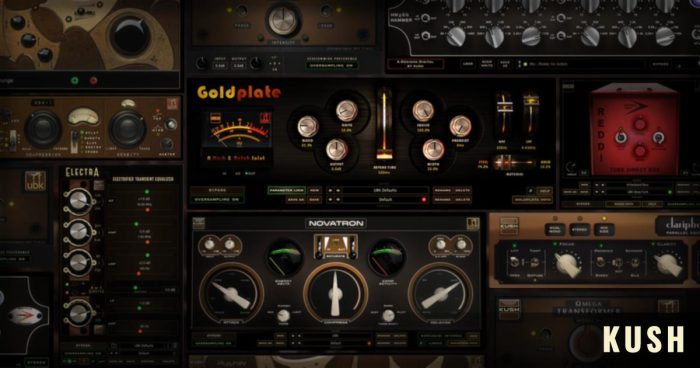 The 4th Of July Summer Sale runs all Weekend Long! Up to 50% off Kush plugins PLUS an additional 10% off if you buy 3 or more plugins!

B-Stock is on sale, too! Get $100 off Kush B-Stock gear while supplies last!

The sale runs through July 9th.

AR-1 is a variable-mu tube compressor whose roots are in the raucous sound of the rockin’ American 50’s, yet it enjoys a posh British image thanks to its use at Abbey Road Studios in late 60’s, notably on the later Beatles and earlier Pink Floyd records. Kush painstakingly captured the sweet breakup of AR-1’s beefy tubes being driven into the dirt, then added more than a half dozen significant UI and functional enhancements. The resulting emulation is every bit as chunky as the original, and 10x more flexible.

The real magic of AR-1 lies under the hood, with new algorithms that step Kush’s digital compressor technology forward. A common complaints about plugin compressors is that they’re “too fast”. Even when a plugin’s attack time is identical to the hardware, it generally sounds markedly different, resulting in transients that are excessively bright while lacking in low end impact. Kush addressed this by obsessively tuning not just the speed, but also the taper of the attack and release. The result is a gentle beast that’s still capable of cooking a sound to a deliciously charred crisp. The typically overused audio marketing terms ‘Warm’ and ‘Smooth’ now really do apply.

The AR-1 plugin is available in 64-bit VST, AU and AAX formats. A free 10-day demo is available.