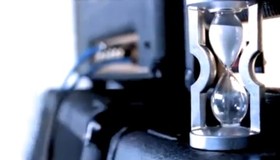 Laptoprockers has announced the Spacehog Remix Contest, a contest in collaboration with Sonos and Blue Microphones.

On October 24, 1995, Spacehog released their debut album Resident Alien, which sold a million copies and spawned the hit single and video In the Meantime. By colliding glam-rock influences with a wall of distorted guitars and the stupendous daring of their lead vocals, Spacehog created their own genre of sound. The band’s second LP The Chinese Album (1998) featured a more ambitious symphonic sound in the spirit of British psychedelic rock, garnering critical acclaim. Moving away further from commercial viability with their 3rd album The Hogyssey, Spacehog disbanded in 2001. But they’re back!

With a new album on the way, Spacehog invite you to remix their 1996 hit: In The Meantime.

The band have teamed up with Sonos and Blue Microphones to fill the prize pool for this remix contest with some very nice gear worth over $1000.

We’ve posted the instrumental and vocal stems to In The Meantime on Soundcloud for you to download.
The contest closes May 16th, one month after the release date of their new album As It Is On Earth.