At the 2015 Prolight + Sound / Musikmesse in Frankfurt, Lauten Audio will, for the first time in public, reveal the model LT-386, nick named “Eden”, a vacuum tube, multi-voicing™, large-diaphragm condenser microphone. 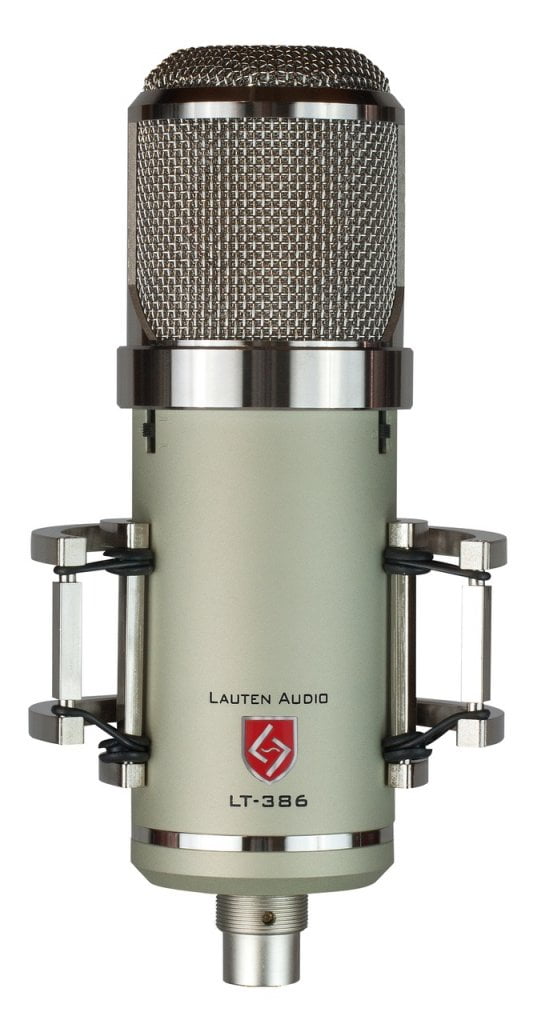 Eden features Lauten’s proprietary “Multi-voicing(tm)” technology; a switch offering unique timbre settings, three different polar patterns, and an exclusive high-pass filter. Eden is for recordists seeking the most diverse and useful modern vacuum tube microphone. It offers a smooth and rich character reminiscent of the most sought after classics. Lauten will be showing the Eden microphone at Prolight + Sound / Musikmesse in Frankfurt, Germany, April 15-18, at booth A60B, in Hall 5.1. Eden is estimated to list for $3,999.00 (USD) and be available at dealers starting in June 2015.

Brian Loudenslager, Founder of Lauten Audio, reveals, “This was our greatest challenge yet. In preparation for and during development, I spent time learning to understand what people think is so special about vintage and vintage inspirations like the C12, 47, 251 etc. I spent many hours in the studio with industry veterans learning what they hear. Not that I haven’t done this in the past; it’s just that this time, rather than think what I could do differently, I was trying to imagine what I could do the same within our own microphone range and then expand upon it. Eden was designed as a result of these experiences. I’ve even surprised myself; the Eden is so smooth, with a sprinkle of that magic ‘pick your adjective’ you often hear described.”

“I need to give a shout-out to several people including Grammy(r) winning Producer/Engineer, Jason Carmer, who lent us his studio and ears for many, many hours, as well as Mastering engineers Michael Romanowski and Piper Payne and everyone at Coast Recorders,” adds Loudenslager.

Multiple switches located on each side and back of Eden allow the engineer to highly configure it. First is a polar pattern switch located on the microphone itself; which is not common for a modern vacuum tube microphone, giving recordists the option of choosing between a Cardioid, Omnidirectional or Figure-8 polar-pattern. It also features a unique high-pass filter; of course, this high-pass isn’t like others. “I’m not revealing the per-octave’s yet, if ever, but can say, it’s unusual in a microphone,” says Loudenslager. Lastly, Eden will feature a voicing switch that offers Forward, Neutral, and Gentle timbre options. “Without a doubt, adds Loudenslager, “Eden could arguably be the smoothest, most versatile, large diaphragm, vacuum tube vocal microphone ever.”

As the Company did on its Atlantis model, once again Lauten Audio worked with engineer and producer Fab Dupont to help develop the sonic signature. “I wanted something that has all the benefits of a true vacuum tube transformer mic without the drawbacks, and Lauten Audio made that happen,” says Dupont. Some of the many challenges Fab requested were a unique high-pass and a semi-permanent shock-mount. Dupont adds, “The high-pass switch in Eden gives you bass drum clean-up and vocal clean-up options. Imagine having a Lauten Atlantis with all its characteristics and adding the control and density of a tube and transformer design-that is Eden by Lauten Audio.”

“Fab and I have evolved in our ability to understand each other and while this is a good thing, he also challenged us a great deal more,” says Loudenslager. “In reality, Eden is a completely ‘from-the-ground up’ design with a much more vintage inspired design methodology. I started with a tube version of Atlantis, but in my opinion, we ended up with something quite different-this is our new flagship microphone.”

Eden will be assembled in the USA and feature a modified version of Lauten Audio’s 31.25mm dual-diaphragm capsule, a custom wound, U.S. built output transformer, EF86 or equivalent pentode vacuum tube, Switchcraft(r) connectors through-out, nickel plated head, a semi-permanent shock mount, and Lauten’s new unique surface finish also done in the USA. Accessories included with the microphone will be Lauten’s custom tube microphone cable with Switchcraft connectors, hard case and mount. Final specifications will be released prior to the product shipping which is estimated to be in June 2015, with a list price of $3,999.00. (USD)