Plugin Alliance has announced the release of the new Lindell 50 Series, a console emulation that aims to bring the classic “American Sound”.

Lindell 50 Series includes the console and the buss, and it comes with patented Tolerance Modeling Technology (TMT) from Brainworx. It also includes 3 graphic and parametric EQs, 2 compressors, gate and mic preamp. 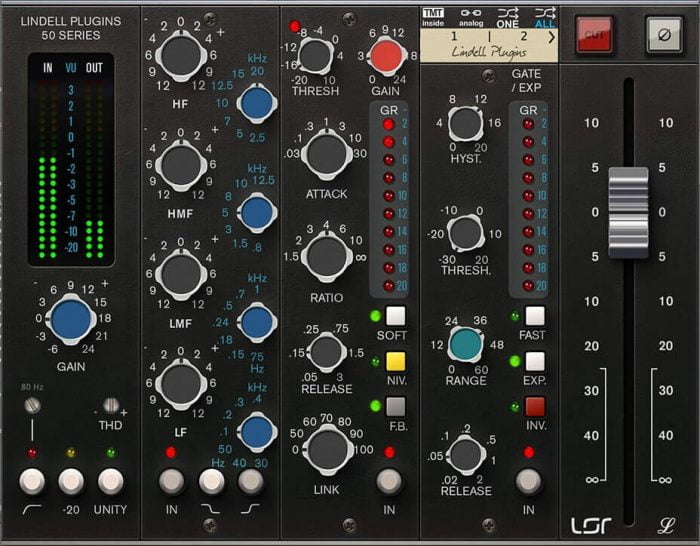 There’s a tight and powerful sound to API consoles, preamps, and EQs that have made them some of the world’s favorites for creating professional-sounding drums, guitars, synths, and more with attitude and presence.

Thanks to Brainworx’s patented Tolerance Modeling Technology* (TMT), you can now access the most convincing model of these classic consoles ever, including the slight channel-to-channel variances in the values of their analog components.

The emulation is offered at an intro price of $299.99 USD (regular $349 USD). Use coupon code LINDELL50-INTRO-22999 to reduce the price even further to $229.99 USD until February 3rd. Owners of TMT consoles or ChannelX can login to their PA account to get a special license offer.

Lindell 50 Series has also been added to the Mix & Master and Mega Bundle subscriptions at no cost.