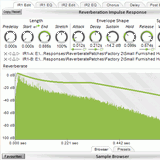 LiquidSonics has released version 1.610 of Reverberate, a hybrid convolution reverb audio processor for Windows and Mac.

LiquidSonics pleased to announce full RTAS support in the latest release of Reverberate as a free update for all users. Due to the number of incremental improvements over the last 18 months the selling price of Reverberate has been increased to more accurately represent its place in the market. 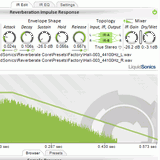 LiquidSonics has also introduced Reverberate Core to meet the needs of producers and musicians who require a simple and efficient true stereo convolver without the modulation and effects capabilities of the full edition of Reverberate.

Reverberate is now available to purchase for £50 GBP, Reverberate Core is £30 GBP.