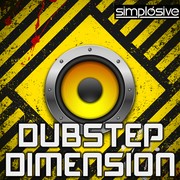 ‘Dubstep Dimension’ consists of 16 bar loops with all tracks separately exported and ready to be re-arranged to create endless combinations. Simply drag and drop, mix and match. In addition, the one-shot drum hits of each kit are included as well.

All loops are key and tempo labelled and provided in each 24-bit WAV and REX2 formats.

Dubstep Dimension is available to purchase from Loopbased for 10 EUR.