Loopmasters has announced the release of Defected Percussion, a sample pack featuring 1.26GB of percussion loops and samples by Shovell. 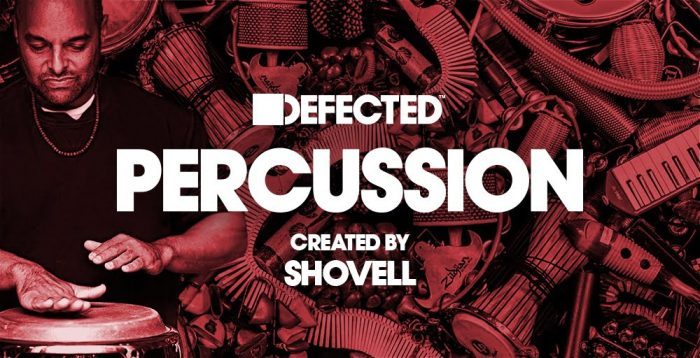 Defected Records is one of the biggest and most respected names in global dance music. Founded in London by Simon Dunmore in 1999, the label is now the recognised leader in house music with a history of releasing pure quality house music and working with pioneering electronic artists from around the world.

Shovell is the percussionist in multi- platinum album selling band M People. M People have sold over 11 million albums worldwide, winning many awards and accolades along the way, including a Mercury Prize, an Ivor Novello and two Brit Awards. Additionally, Shovell become known as Defected’s resident Drum Warrior, performing live at Defected In The House events around the world and adding his inimitable live percussion to DJs sets. A frequent collaborator with duo Copyright and other acclaimed producers, Shovell’s ability to create unique and creative percussion loops and one-shots on a huge variety of instruments is unsurpassed.