Loopmasters has released the Dub and Reggae Bundle, an exclusive collection of 7 dub and reggae sample packs bundled at a 50% discount. 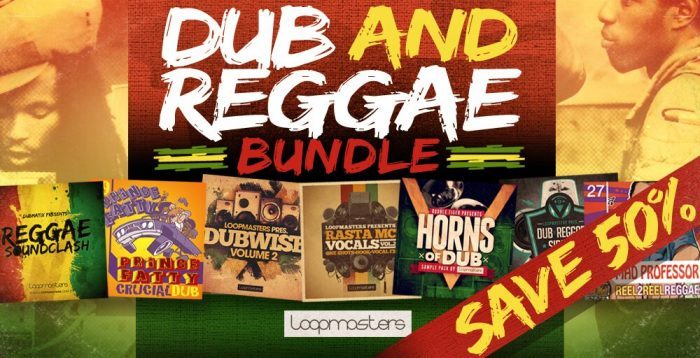 The Dub & Reggae Bundle is sure to rumble the bassbins with over 6.4GB of content, featuring a wealth of Loops, One Hits and Sampler Patches to inspire your Dub-infused productions.

The Dub and Reggae Bundle is available for a limited time only, priced at £83.95 GBP. Check the Loopmasters Bundles page for more exclusive bundle deals.