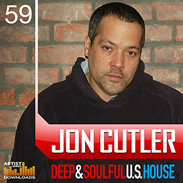 Jon’s dedication started when he was a teenager, a familiar face regularly seen in many of the underground clubs in New York City. After working at an independent record label for two years, Jon decided to start his own label called Distant Music. Soon after he displayed his evolving talent with productions such as You Groove Me, Fluttie Pebbles and remixes under Distant Music. In 2001 Jon produced It’s Yours for Chez Music. Since then Jon has directed his focus to continue releasing quality House music.

This is truly one of our favorite Soulful House sample packs and is destined to inspire many producers worldwide searching for that elusive groove, hook or dusty one shot drum sample from which to program new beats with.