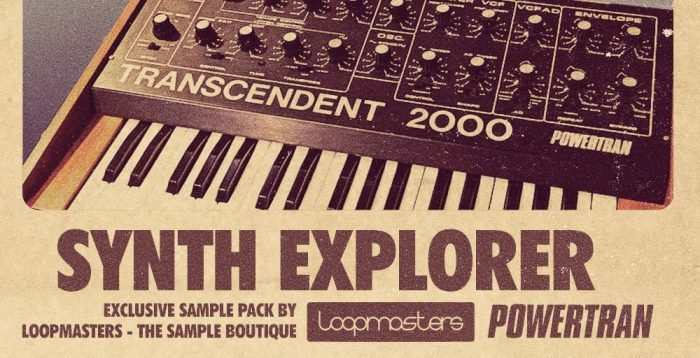 Loopmasters present the next instalment in the exclusive Synth Explorer Series – this time transporting you back to the Shadowplay sounds of the late 1970s and the Powertran Transcendent 2000. Designed by Tim Orr of EMS, this sought after Monosynth was championed by Martin Hannet and Bernard Sumner, making numerous appearances on Joy Divison records and other transmissions produced by Hannett – who reportedly owned five.

Focused around 90-140 BPM this pack contains everything you need to bring the dark, derelict sound of the late 70s / early 80s back to life – with a huge selection of inspirational Loops, Single Hits and Multi-Samples. In addition, the Loopmasters Lab Scientists have created a VCF Drum Kit – featuring dynamic movements of the on-board Filters, utilising the myriad of VCF settings and up to Four simultaneous Modulations. Heavy Bass frequencies, rip-snorting Leads and Choppy Synth Sequences will add warehouse atmosphere to every one of your productions.

The sample pack is available for £14.95 GBP, with parts also sold separately.