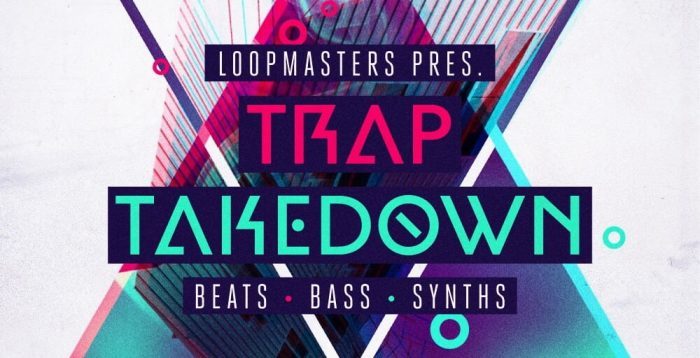 Prepare for a Trap battle to the death as Dan unleashes expertly syncopated basslines and switched-up distorted synths and super fat collection of Trap beats for Trap, Hip Hop and Urban producers worldwide.

Trap Takedown holds no punches with an insane collection of Loops, Hits, Multi-Samples, MIDI files and Sampler Patches to harness the power of a hi-octane audio onslaught. Dissected Drum Loops with separated elements allow you to build your own beefed up-breaks. Beastly Synth and Bass sounds bring sub-zero darkness to the mix, while the epic collection of crushed multi-samples is ready to perform over your productions. Each Loop is edited, polished and produced to deliver cutting edge pro-audio directly to your DAW.

Trap Takedown provides you with fundamental Trap speeds at 140 and 175 BPM, allowing for a range of tempo divisions. It also contains over 100 MIDI files to regenerate the included Loops using instruments from your collection.