Madrona Labs has announced Virta, a voice-controlled synthesizer plugin for Windows and Mac. 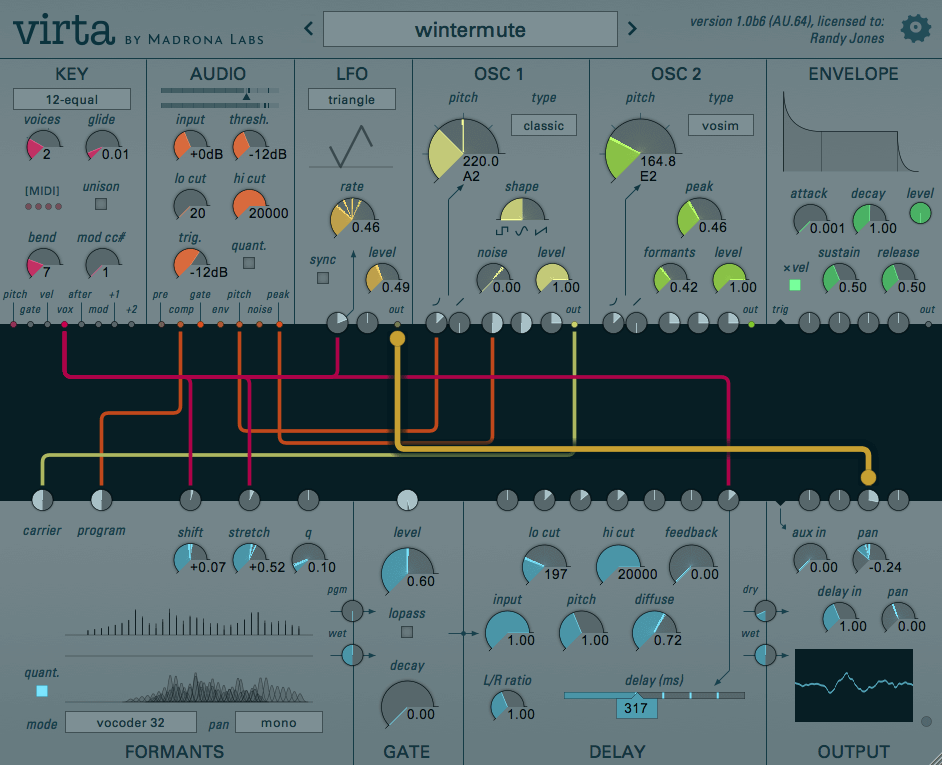 Virta was a set of ideas floating around since four years ago and a conversation I had with a producer friend of mine. He had been talking to another friend who we’ll call DJ X, a person whose records I liked, with a room full of classic synths and a head full of musical ideas, but who nevertheless said what he was wanting most was to just sing and vocalize, play around with mouth sounds, and have that turned into music. This got me thinking about pitch detection and vocoders, and spectral analysis, and modulars…

So the project was in the back of my mind for a while, and there were lots of precedents. I have had lots of fun over the years putting voice and instruments and drum loops into synthesis boxes with pitch trackers. The Korg X-911 comes to mind as the most fun toy specifically designed for this. Its big brother the MS-20 is surely capable of a wider range, however. There’s also the Roland SYB-3, a little “bass synthesizer” that was always flat and “bad digital” sounding but fun anyway. And, again from Boss / Roland, the RSD-10, a primitive digital delay/sampler with a pitch tracking control input, designed to let any keyboard control its (two second!) sample using sound as the interface. With a modern pitch detector and other analysis tools, and the patchable interface of Aalto to use, I knew I could make something fun in this department, capable of unlocking some new sounds.