Magix has announced the release of Music Maker 2016, a new generation of software for music production and live performance. 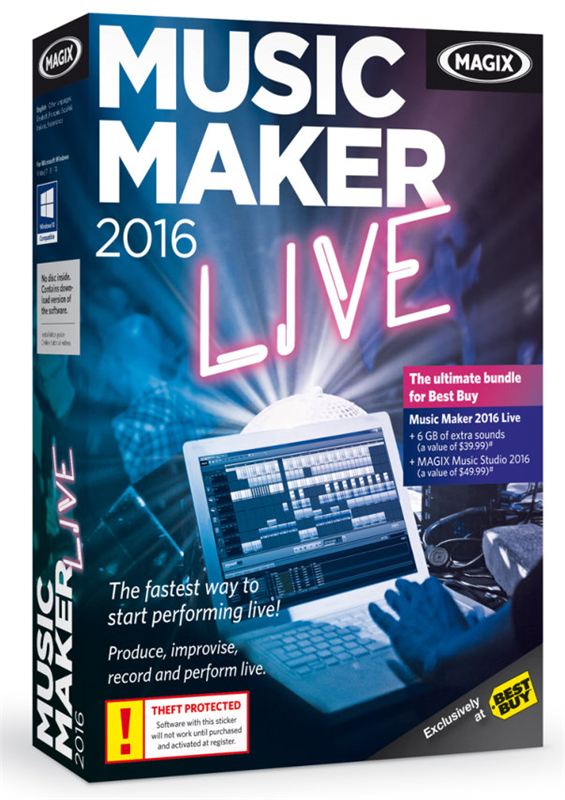 A highlight of Music Maker 2016 Live is the new Live Pad mode, ´which contains 16 virtual pads that can be operated and recorded in real-time using the keyboard or the MAGIX Audio Remote app. The program features 30 pre-produced Live Sets in a range of genres including Hip Hop, Deep House and Techno. The Live Sets can be adapted, are license-free and can be used from directly within the program with other genres or Live Sets. Each set is available in 7 pitches and the pitch can be shifted with just a click when creating a track. The new free Audio Remote app can be used to operate the virtual Pads and all virtual instruments in Music Maker by smartphone or tablet.

MAGIX Music Maker 2016 Live has a whole range of options for bringing musical ideas to life. Combine professionally produced sounds and loops by drag & drop, record your own vocals in studio quality and compose new melodies with the MIDI editor. With Soundpools from the genres of Hip Hop, Deep House, 80s, Rock Pop and Chillout and four new virtual instruments, the program provides an unlimited variety of musical styles:

For optimal audio quality, professional mastering plug-ins are seamlessly integrated into Music Maker 2016 Live. Sound can even be optimized automatically with Auto Mastering. The effects areas has been completely redesigned and the new sound effects settings are directly integrated into the interface, making them easier to operate. The screen keyboard features a new mode in which it only plays the notes that fit the key of the song you’re working on – so even beginners will always hit the right note.