Silence+Other Sounds has announced the release of Maleventum, a Kontakt instrument library that brings the sounds of epic war horns.

Suited particularly well the epic genre, with specific regard to fantasy and dark age movies, Maleventum is designed for TV, film and game composers and sound designers looking for unique, carefully crafted sounds to enrich their compositions. 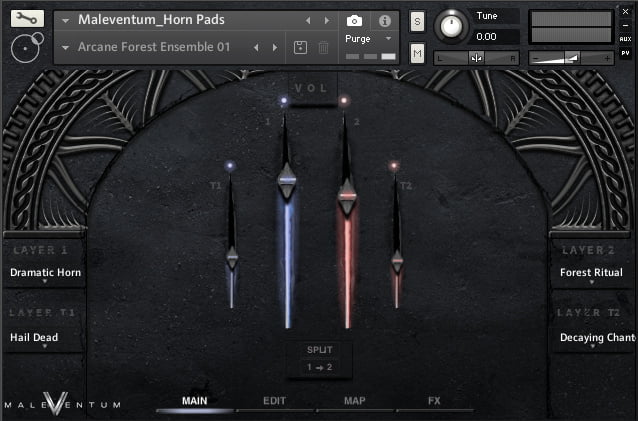 Maleventum is a Kontakt library inspired by medieval and Viking horns. We have committed to a deep research in the cinematic sound of epic war horns from ancient nordic and celtic cultures, from the carnyx to gjallahorn and bukkehorn (goat horn). We’ve recorded a huge amount of original medieval horn instruments, classical orchestral trombone and tuba, traditional flutes, horn instruments from the pastoral tradition across Europe and even self built blowing horns and pipes. All of them have been processed and layered to create a collection of epic braams, hunt horn calls, war horns, low tone brass sounds, high pitched screaming trumpets, animal-esque wailing sounds and much else.

Maleventum is on sale for the intro price of 39 USD/EUR for a limited time (regular 59 USD/EUR). Requires Kontakt 5.8.1 or higher, full version. The Wav files can also be used without Kontakt.

You can get a 50% discount on any other cinematic libraries with a purchase of Malevetum by adding the products to the shopping cart.