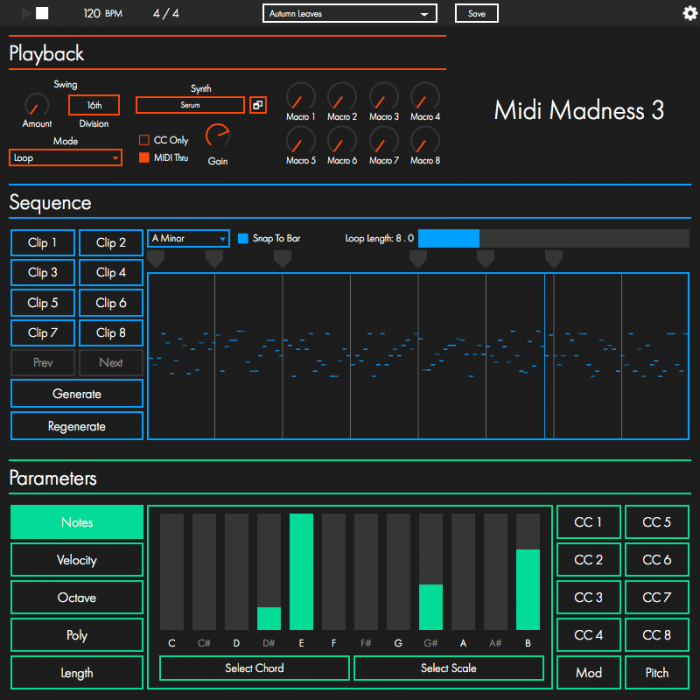 Midi Madness 3 can create an unlimited number of melodies using a simple set of probability weightings. Simply set some parameters, such as a chord sequence and some MIDI controllers, and let Midi Madness go wild, creating melodies, chord progressions and sequences.

MIDI Madness 3 (VST/AU) is available from Plugin Boutique at a 20% discount, priced at $59.95 USD. The update is free for existing MIDI Madness 3 users.