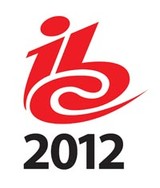 Minnetonka Audio has announced it will be exhibiting at the upcoming IBC 2012 (International Broadcasters Convention), demonstrating new versions of several of their key products.

The addition of two new utilities, a unified Queue Control and a Job Wizard client application, round out the improvements to the 2.0 release of AudioTools Server. The new Queue Control is a global administration application that allows the operator to load, execute and monitor jobs and workflows. It also eases oversight of multi-node management and load balancing. The new Job Wizard utility makes the myriad capabilities of AudioTools Server more approachable with an uncomplicated user interface. The Job Wizard significantly simplifies the creation of new jobs and job templates.

At IBC 2012, Minnetonka Audio will also feature the latest SurCode software releases, including SurCode for Dolby E Stream Player 2.0 which was purpose-built for Apple’s Final Cut Pro, and SurCode for Dolby E Encoder and Decoder version 2.1. Broad support for Avid’s product line, including Pro Tools, NewsCutter, Media Composer and Symphony, is a key feature of the new SurCode Encoder/Decoder release.

Minnetonka Audio will be demonstrating the new AudioTools Server and SurCode for Dolby E at the upcoming IBC convention, September 7th through the 11th (stand #7.G43).