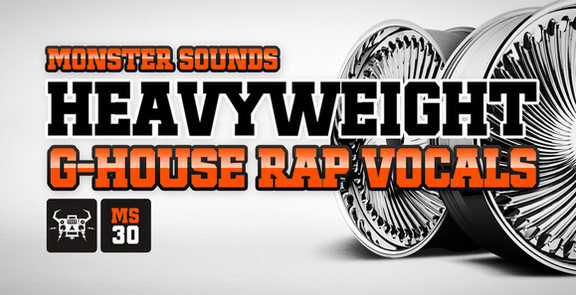 Taking the swagger of U.S Rap acapellas and fusing them with the Deepest Jacking bass house tracks brings the new attitude and excitement to the house genre.

Championed by producers Amnie Edge And Dance, Clek Clek Boom and Daniel Fernadez G-House has become hot property on the floor and in the Djs Playlists expanding the deep house genre to new flavors. Monster Sounds has reached out to via its Rap underworld connections and put together a fat pack of Rap Acapellas suitable for this genre and other bass music tracks.

These vocals are straight from the streets, raw, genuine and not for the feint hearted, But we wanted authentic American Rappers dropping rhymes with Hip Hop SWAG not watered down or censored to keep to the original G-house Hip hop to House fusion concept. We have bought directly to your studio the Raw heat of these talented young vocalists, royalty free and set to take your productions to the next level that only adding an authentically sourced and recorded vocal can achieve.

The sample pack is available from Loopmasters for £14.95 GBP.