Moog Music has introduced a synthesizer app for iOS that closely models the original circuitry of the first Minimoog Model D.

Based on the original analog circuit designs of the world’s first portable keyboard synthesizer, the Minimoog Model D App captures the magic of its hardware namesake, inviting you to explore the fundamental elements of sound by setting, shaping, and modulating each aspect of the sonic phenomena — or jump straight in and play with over 160 included presets. 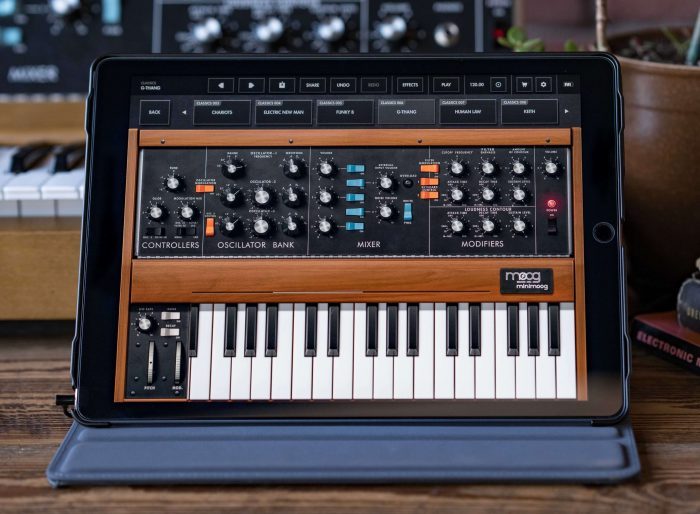 Taking full advantage of the iOS platform, the Minimoog Model D App incorporates a number of inspiring sound creation tools and capabilities not present on its analog antecedent. New functions include the ability to play chords with up to four-note polyphony, an easy-to-use arpeggiator for rhythmic pattern creation, a real time looping recorder with unlimited overdubbing capacity, a tempo-synchronizable stereo ping pong delay module, and the Bender — a wide-range stereo time modulation effect module.

The Minimoog Model D App is available now on all 64-bit iOS devices for an introductory price of $4.99 USD.

EastWest celebrates 30 years of virtual instruments with 50% OFF Sale