There’s music in everything, right? Check this video by these guys from Kostr-Film (Sweden). Absolutely delicious! 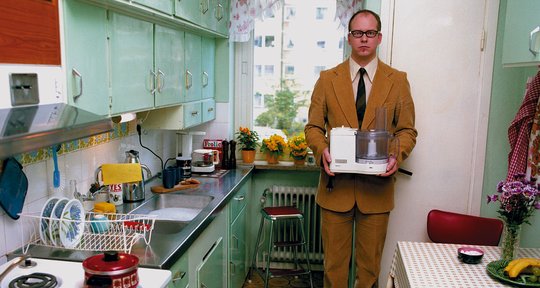 Six drummers participate in a well planned musical attack in the suburbs. As an elderly couple leave their apartment the drummers take over. On everyday objects they give a concert in four movements: Kitchen, Bedroom, Bathroom and Livingroom.

This film had tons of (international) festival screenings and won numerous awards.

I couldn’t purchase this film (the service doesn’t have rights to screen the film in my country), but depending on where you live you might be able to get it at Amazon.