BLOCKS extends its reach as a customizable music creation system today, as ROLI unveils a BLOCKS Dashboard that enables easy integration with a wide range of popular software programs including Logic, Ableton, Cubase, Omnisphere, and Kontakt.

ROLI, which recently introduced the BLOCKS modular music studio to its line of award-winning instruments such as the Seaboard RISE, will demonstrate a beta version of BLOCKS Dashboard at NAMM. The bundled application will be available to all BLOCKS creators on February 16. 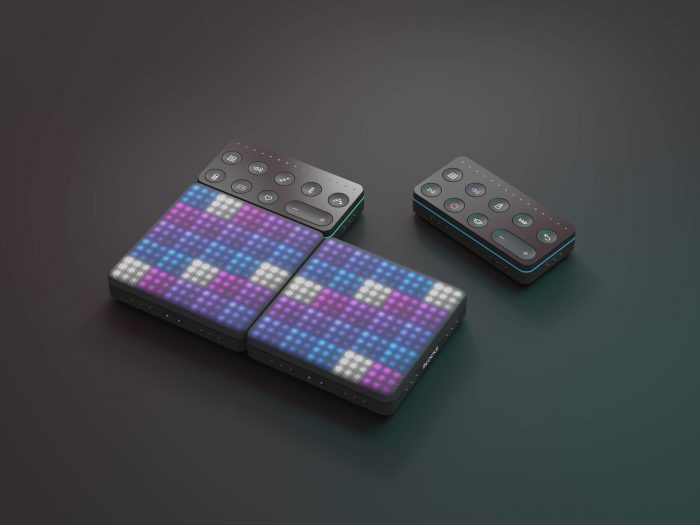 BLOCKS Dashboard will make the Lightpad Block a versatile controller for a range of OS X and Windows programs. It will allow musicians to easily configure their workflow by uploading preprogrammed scripts and editing the parameters of those scripts. Fader Mode, a new display mode on the Lightpad Block’s LED-illuminated, touch-sensitive surface, makes it even easier to control parameters at the touch of a finger.

As part of ROLI’s mission to make BLOCKS the most open-source, hackable music hardware system, BLOCKS Dashboard also enables programmers to write their own scripts and design their own applications for BLOCKS.

Roland Lamb, founder and CEO of ROLI and inventor of BLOCKS, said: “The modularity of BLOCKS makes it the most customizable music creation system ever made. BLOCKS Dashboard unlocks new modular possibilities by connecting each Block to a huge range of software tools, making it more customizable for any workflow.”

The modular music creation system launched in November 2016 with the Lightpad Block, Live Block, and Loop Block, three devices with complementary musical functions that connect together to create expandable kits. The system is powered by NOISE, a free music creation app for iPhones and iPads that is also the software engine of BLOCKS. The palette of sounds available on NOISE and BLOCKS expanded this month with the introduction of nine soundpacks including Expressive Electronic and Spoonful of Grit by RZA.

Coinciding with the release of BLOCKS Dashboard, BLOCKS will be available at Guitar Center, Sam Ash, and B&H from February 16. Preorders are now open at these MI retailers. BLOCKS is currently available at ROLI.com, Apple.com, and Apple Stores around the world.

Hands-on demonstrations of BLOCKS are available all day, every day at NAMM. Visit Room 204C on Level 2 of the Anaheim Convention Center.

BLOCKS Dashboard integrates BLOCKS with a variety of Digital Audio Workstations (DAWs), plug-ins, and other software programs. These include: