Native Instruments has announced the release of Massive X, the much-anticipated successor to one of the most popular synthesizers in the world.

Designed and built from scratch, the new instrument builds on its heritage to rethink and redefine the possibilities of a virtual synth. 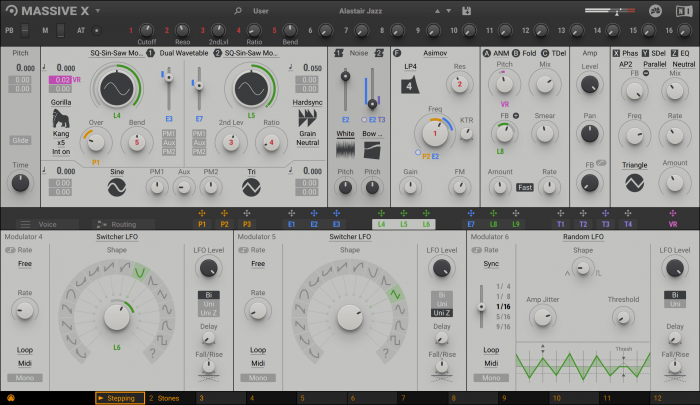 The original Massive, having helped define the sound of modern genres such as dubstep and EDM, became synonymous with an exciting, forward-thinking approach to synthesis that unapologetically embraced its digital DNA. Famous for its intuitive interface and sonic potential – from enormous basslines and soaring leads, to evolving ambient textures – it quickly became a staple part of many production toolkits.

Massive X is Native Instruments’ new flagship synth, built by the same team as its predecessor. Based on a state of the art architecture, it delivers pristine sound, and huge creative flexibility for artists and sound designers alike – allowing them to create, modulate, and experiment with sound from a huge range of sources, in any way they like.

At the heart of Massive X is a rich new oscillator section with dual wavetable oscillators and 170 wavetables.

10 different oscillator modes, each with their own submodes, provide countless ways to create exciting and dynamic sounds or textures. Three primary sound sculpting controls include wavetable position as a standard control, plus two additional custom parameters for each mode. 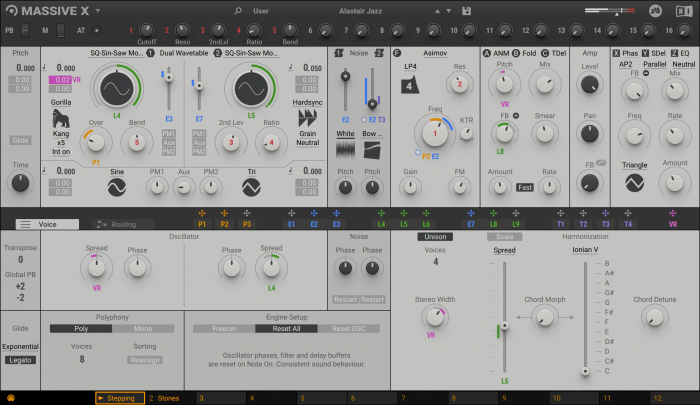 Two phase modulation oscillators and an auxiliary modulation input mean Massive X is capable of huge variation right at the sound source – even before additional modulation, effects, or routing are used.

Switchable filters, noise generators, insert effects, and master effects enable real flexibility when building and editing sound, and a comprehensive preset library provides a wealth of production-ready sounds that also showcase the possibilities of the instrument.

Users of the first Massive will recognize the ‘saturn ring’ drag-and-drop modulation workflow that has been carried over into the new instrument.

Routing has been completely rethought in Massive X. 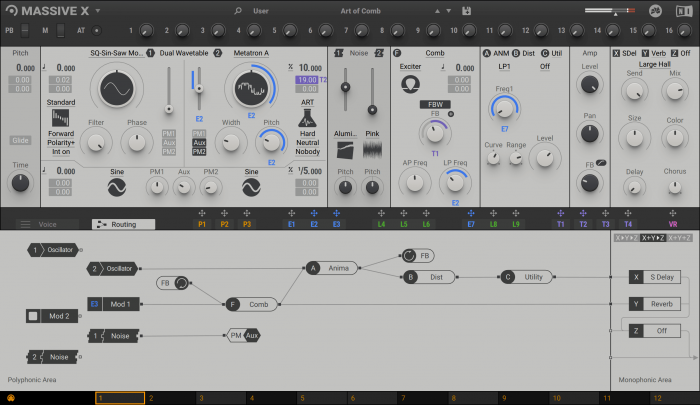 Taking its predecessor’s semi-modular approach much further, any output can be connected to an input, and audio can be routed to or from multiple components simultaneously.

Massive X boasts a huge array of modulation sources – with nine slots for creative LFOs or envelopes, four Tracker modulators, Voice Randomization, as well as an exciting new section with three Performer modulators that allow users to draw in up to eight bars of modulation patterns to assign to a parameter. 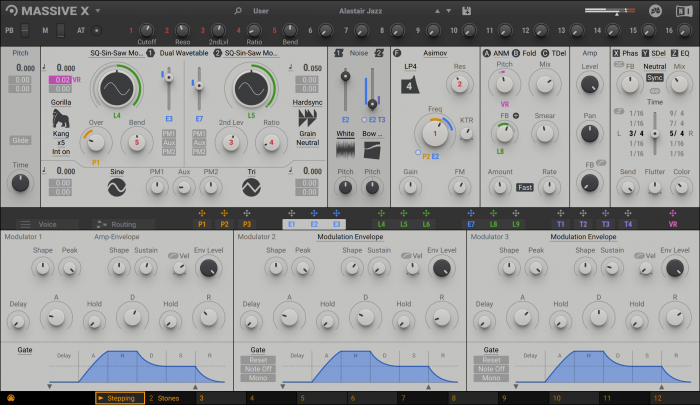 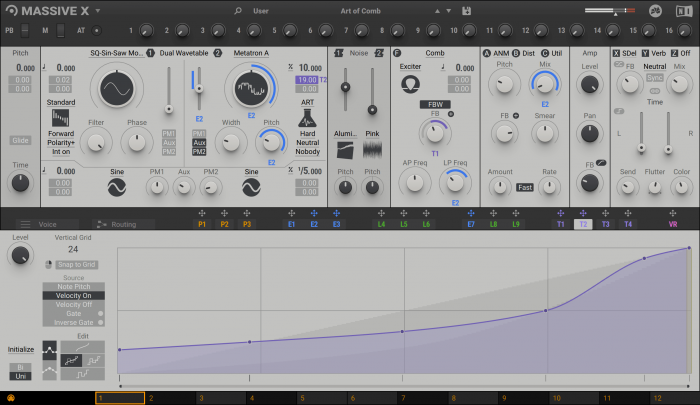 For real playability and variation within a single preset, these patterns can then be assigned to a control octave – great for live performance or recording sessions – surpassing the kind of expression normally reserved for traditional instruments, or for generating and controlling complex movement over long periods of time. In the future, free updates to Massive X will introduce new presets, and expand the instrument’s functionality. Massive X will evolve alongside the sounds, music, and sonic cultures it helps to create.