Neumann.Berlin has announced its first headphone at the NAMM Show in Anaheim. The Neumann NDH 20 is a closed-back studio headphone combining excellent isolation with the carefully balanced sound image and outstanding resolution you would expect from a Neumann product.

The NDH 20 is ideally suited to monitoring, editing and mixing tasks, even in loud and noisy environments. 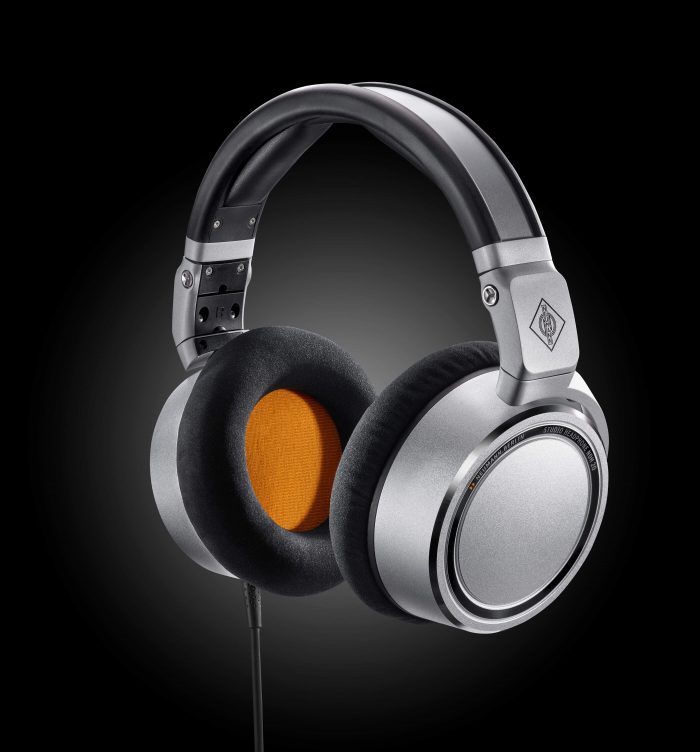 “Unlike most other closed-back headphones, the NDH 20 is also suited to mixing purposes. An unusually flat frequency response and natural stereo image allow for mixing with confidence and ensure compatibility to all playback systems. The NDH 20 is a dream come true: reliable studio-grade monitoring – even on the road.”

The NDH 20’s newly designed 38-mm drivers with high-gauss neodymium magnets ensure high sensitivity and low distortion. In other words, the NDH 20 would not need a dedicated headphone amplifier; it sounds just as great on mobile devices such as laptop computers.

Its entire construction is true Neumann quality: The headband is made of flexible spring steel while the ear cup covers are machined from lightweight aluminum. Large and soft memory foam ear pads make the NDH 20 a pleasure to wear for long periods without fatigue. For easy transportation, the NDH 20 is foldable.

Neumann has also introduced its new compact subwoofer. The KH 750 DSP is the ideal choice for smaller rooms and the perfect complement to the Neumann KH 80 DSP studio monitors. 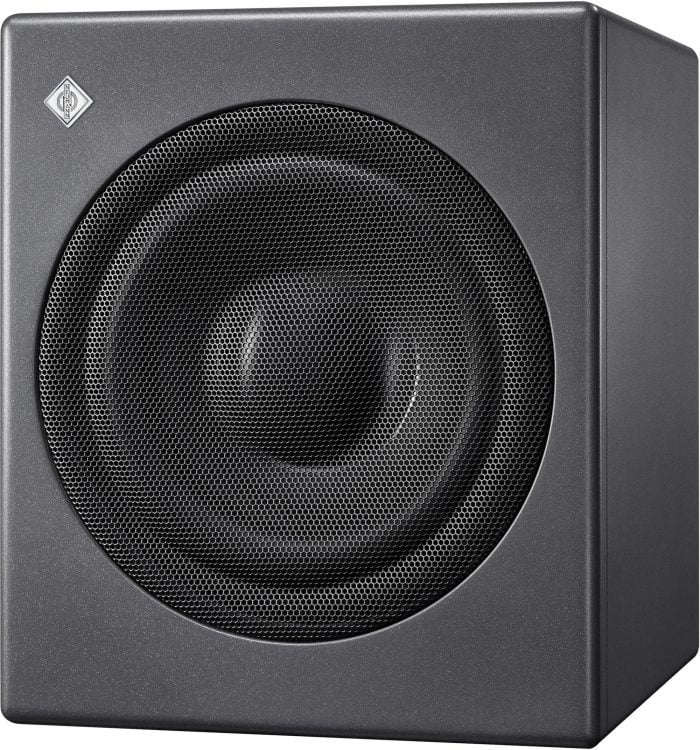 The KH 750 DSP has a unique and flexible 2.0/0.1 Bass Manager allowing the subwoofer to be used in many different system configurations. On the back panel there are analog and digital inputs and outputs, four routing modes and adaptable acoustical controls to allow for seamless system integration. The Neumann.Control App for iPad gives access to many additional functions inside the subwoofer.

The newly designed 10” long-throw driver has a large magnet, linear motor design and a very stiff pressed steel basket. As subwoofers are usually placed on the floor, a robust grille protects the driver from accidental damage. The well-braced cabinet is a sealed design which brings the fastest possible transient response. The two analog XLR inputs are balanced as are the two analog XLR outputs. The 192 kHz / 24-bit digital input can accept AES3 and S/P-DIF signals.

The KH 750 DSP can be used in music, broadcast, and post production studios for tracking, mixing, and mastering.

“Thanks to the significantly reduced housing depth, the KH 750 DSP is ‘compatible’ with the often confined space available in home recording and broadcast studios.” 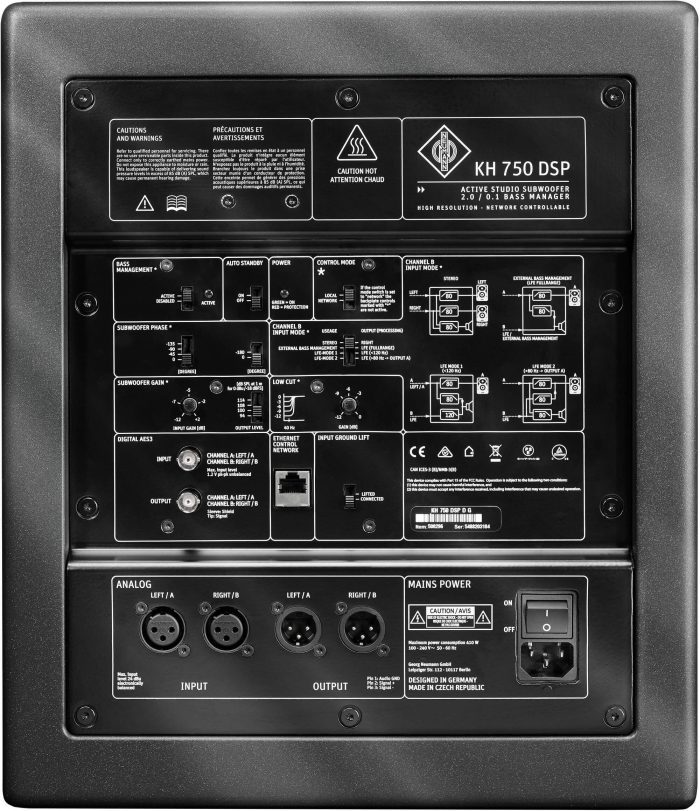