New Signal Process has announced the release of BreakOut Stomp and BreakOut Stereo, two new pedals for interacting with the iPad or iPhone. 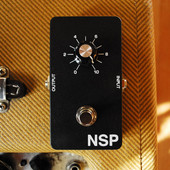 The BreakOut Stomp is designed specifically for guitarists and bassists. It is based on numerous requests by guitarists since day one.

It integrates seamlessly into your pedal board and comes with a custom hand made,12 foot, pro audio Mogami detachable cable so that you can place your iPad safely on your road case, a table, or a keyboard stand near you to interact with while you perform. It is built with audiophile grade components for the warmest possible sound and, housed in a rugged die cast aluminum case, it is designed to last on stage and on tour through many generations of iPads and iPhones. 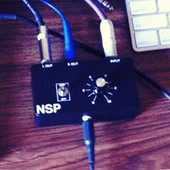 The BreakOut Stereo design is based on various requests by DJs, producers, and elecro-acoustic artists using synth apps and drum programming to have a pedal that has stereo output from two separate outputs.

Electronic and electro-acoustic artists these days are performing in so many different situations and with so many different instrument combinations, the BreakOut Stereo is designed with them in mind so that the interface can easily adapt into the most varied table top setups both live and when recording.

The BreakOut Stomp is available to purchase for $155 USD, BreakOut Stereo is $135 USD.