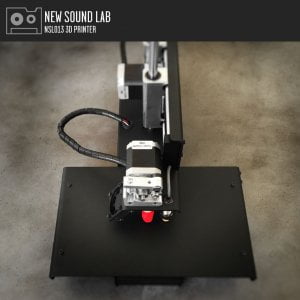 The high torque motors connected to a pulley system control the X-Y-Z movements of the aluminum extruder and metal print bed. When printing three-dimensional objects, these fast and precise movements result in a unique barrage of percussive and rhythmic mechanical noise.

All sounds in this release are offered in 24bit 192khz Broadcast Wave format. Files are in a zip file, which includes a PDF with metadata.

The sample library is available for purchase at an introductory 20% discount until January 1st, 2015.