NUGEN Audio has announced the availability of a new update for the Focus Bundle, consisting of Stereoizer, Monofilter and Stereoplacer. 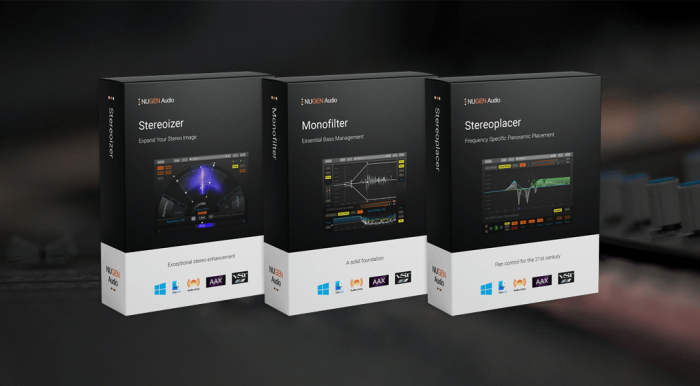 It also fixes bypass delay compensation and a GUI issue with Wavelab for Stereoplacer and a fix for a crash in Wavelab on Retina Mac for Stereoizer. The Monofilter update fixes HQ toggle crash as well.

This is a recommended free update for all existing users.

Stereoizer, Monofilter and Stereoplacer are available from NUGEN Audio and distributor Plugin Boutique, priced at $119 USD each.