Ohm Force has released updates for the Windows versions of its plug-ins.

We have updated the VST for Windows and RTAS for Windows versions of all the plug-ins (except the Ohmicide:Melohman, which was already updated in December). In addition of some minor bugfixes they’ve all been ported to VST 2.4, which is the start of the process of porting them to 64bits in a near future.

The updated plug-ins are now available to download for registered users. 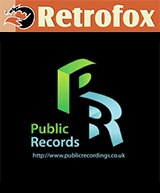 The Retrofox – Bubblegum runs until February 28th with prizes from Ohm Force (bundles and plug-ins), up 5 to Loopmasters’ artist series DVDs for the winners, and the winner track will be released by Public Records.

Furthermore, both Ohmforce and Loopmasters are offering a special discount for its products:

Martin Solveig’s “Hello” remix contest at Beatport has just launched (remix stems available to purchase for $1.99 USD) and will be accepting entries from February 22nd until March 7th.

Ohm Force is sponsoring the contest with an ALL-ALL Bundle, with other prizes including products from FXPansion, Native Instruments, Novation, Point Blank and many more.

But most importantly of all, the winning remixes will be released on Martin’s very own MIXTURE record label – what a way to come and say “Hello” to the world!